Crowdfunding - How Big Will the Impact Really Be? 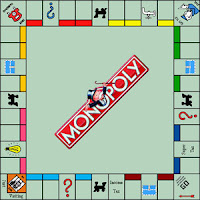 There has been a lot of buzz in the news lately about about the crowdfunding provision in the JOBS Act. Crowdfunding is the hot new darling in in the start up community and there are thousands of new start ups creating platforms that help entrepreneurs and small businesses raise money.

But if you look deeper at the numbers I am beginning to question how big that impact will be.

The JOBS Act includes several proposed laws and provisions that are all aimed to help small businesses raise capital and create jobs. One of the biggest and most controversial provisions in the JOBS ACt is new legislation about crowdfunding.

In a nutshell the new laws would allow non-accredited investors to invest in higher risk, private companies and funds. The idea is to provide more capital for entrepreneurs and small business. Proponents say it will be a boon for small business, but when you peel back the onion the impact might not be as big as they think.

That's an average of $85,000 invested per year by each household

Does not even include pensions and companies, which make the bulk of private equity and hedge fund investments.


Non-Accredited Investors
There are a total of 120 million households in the U.S. and if 3% of them invested that would be 3.5 million new investors for small businesses.

The median U.S. household income is $50,000. If you apply the rules from the JOBS Act each of these non-accredited households could invest $2,500 per year. This would bring an additional $8.7 billion of investment into the system.

This assumes that 3% of average Americans invest in private companies, which might not be the case. Accredited investors can afford to lose $85,000 but most of us can't part with $2,500.


Conclusion
Personally I'm a big fan of crowdfunding and I hope the Securities and Exchange Commission continues to loosen it's rules and help find a way to pump more capital into the small business community. However, the current proposed laws put an even great burden on start up companies raising money from non-accredited investors and I don't know if that will be a good thing or not.